Okay, we have talked about Ascend kayaks, so Let’s see what Ascend kayak accessories are out there to trick them out. Cause you know you want the goodies and bling!

These are the accessories I think you just need to get you through the float trip.

The first is the paddle, of course! Ascend does have a couple of choices for paddles. In my post about how to pick the proper paddle I give you a chart on how to decide what will work for you. Here I will provide a link to the Ascend paddles. I have the Ascend Trek Paddle. It seems to work pretty good for me. It is a two piece paddle which makes it easy to store and transport. The Trek has a durable rubber coated aluminum shaft and fiberglass-reinforced nylon blades and weighs about 2.6 pounds. The Trek also comes in 3 different lengths.

Ascend also has the Tournament Paddle which is a fiberglass shaft, which makes it a little lighter. The Trek also has the fiberglass-reinforced nylon blades, but this one sports a handy hook for lure retrieval for those anglers out there. This comes in 6 different lengths, so you shouldn’t have any issues finding one that works.

Second is the Dry Bag. I spoke about my Ascend dry bag in a previous post. I love my lime green bag. It is plenty big enough for the important things, such as my phone, camera and snacks. Mine is a heavy-duty bag, but they also come in a bright orange light-weight material w/ a window, so you can see what you packed in it.

Third, you need to be able to transport your kayak to the water. So, you are going to need a rack on your car, unless you have a truck or trailer, and you are going to need to get it from your vehicle to the lake or river. I have a truck so I do not need the car rack. But, getting it to the water from the truck by myself can be a challenge. So I have the Ascend sit-on top kayak cart. I will say, that while it is easier to pull to the water once the wheels are on, it is no easy task to get these wheels on or off. Ascend does offer another version though, and I think I am going to try them when I get a chance.

Fourth is a Life Jacket. I am only going to shortly mention the Ascend life jackets here cause I did a post recently about life jackets that I like much better. Ascend does have a few options, and I currently have what they call a universal, one size fits most, type PFD. I do not care for it, and their life jackets fit on the small side. I tried on the womens largest size and couldn’t get it zipped.

So, those are the basic must-haves in the Ascend choices.

These accessories are some options by Ascend to get you on the road to fishing from your kayak. While I know that there are a lot of options out there, we are going to focus on what Ascend has to offer in this post.

First, you are going to want an anchor. Ascend offers an Anchor Trolley Kit. I personally have this kit and plan on adding it to my kayak this spring. I fished many times last year, and trying to fish and maintain my position in the water was exhausting. So, the anchor kit is going on.

All the Ascend fishing kayaks come standard with flush-mounted pole holders. Ascend doesn’t offer much in the line of fishing pole holders that you can add-on.

The last accessory for fishing in the Ascend line is this awesome Ascend Fish Ruler Decal. It is made of a heavy-duty laminated vinyl. Just stick it to your kayak and let the fish stories begin!

Ascend does provide a few replacement accessories. The first of those is the Scupper plugs. You know you are going to lose those things a few times, Just saying! These are for the sit-on top models of kayaks for the self bailing scupper holes. Your kayak will come with what you need and you can replace as you lose them. They typically come in a 2 pack.

Next, you can also get replacement open base cleats. My kayak did not have these on it standard, but some do. I am looking at getting some to add to my kayak just for functionality.

You can also get a replacement seat for the sit-on top D10T. I will say, that while it has decent reviews on the Bass Pro site, I am looking for something a little more comfortable for mine.

Lastly, you can get deck bungee kits by Ascend. This kit comes with everything you will need and easy to follow instructions to replace or add a bungee system to your kayak. It’s good to be able to fix stuff, cause Let’s face it, Life Happens.

I’m going to get a little off topic here, because Ascend just hasn’t gotten on the band wagon of fun stuff yet. I know that blinging out the kayak is just a must. There are lots of options out there to make your kayak yours. Whether you are looking for fishing stuff, like fishing crates, fishing nets, pole holders, electronics, etc., or if you are looking for safety items such as flags, reflectors or lights. I even know a guy that painted some crazy faces on the front of his kayaks. How fun would that be. I will do another post about some of these other fun accessories later, so look for that in the future.

Ascend is a wrap!

So, there you have it. There is the line of Ascend products that you can utilize for your kayaking needs and some of your wants. I hope that you found this post useful and if you purchase any of these goodies. Please, let me know what you think. Good or bad, I want to know. I will update this post when I get my anchor trolley kit in place and tell you what I think.

12 thoughts on “Ascend Kayak Accessories – What Do They Offer” 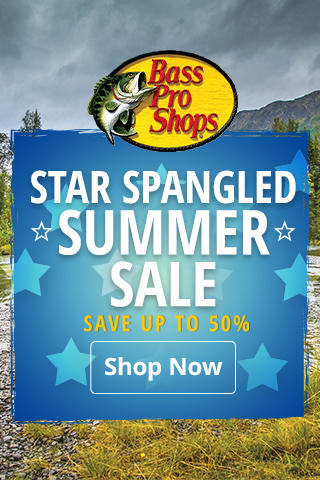